Between the mid-1940s and 1997, Corojo tobacco was the only tobacco used for wrapper in Cuba. Corojo tobacco was destined to become the best wrapper tobacco in the world because it was perfect for wrapper: it was thin and yet supple and it had exceptional flavor characteristics. With Corojo wrapper tobacco in plentiful supply, there was really no reason for premium cigar manufacturers to use other tobaccos for wrapper or for tobacco growers to even attempt to grow their own outside of Cuba. 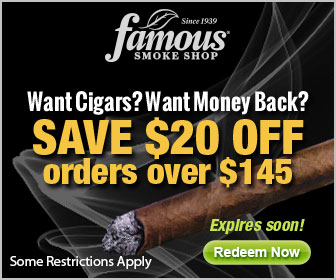 Some people sometimes confuse Fronto leaf tobacco with Corojo tobacco. This is due to Fronto being very dark.

Tobacco has been cultivated for thousands of years, with smoking tobacco likely originating in the Andes. Archaeological evidence suggests that Indian people in the Andes region of South America began to domesticate and cultivate tobacco about 7,000 years ago. These aboriginal Indians eventually took their knowledge of tobacco seeds and cultivation practices with them as they migrated north through Central America and into North America.

Of course, the tobacco grown thousands of years ago was nothing like the tobacco used in today’s premium hand made cigars. Nevertheless, to this day, the Americas and their unique climate and soils make the perfect growing conditions for tobacco.

In 1492, when Columbus made his way to the Americas, the Native Americans presented him with gifts of tobacco leaves, which he subsequently introduced to Spain. At the time of the European incursion into the “New World,” smoking was found only in the Americas and in a few parts of Africa. But because tobacco was promulgated within the “civilized world,” it would eventually be found throughout Europe, Africa and Asia in less than a century.

The next very important event in cigar tobacco history took place in Spain in the late 1600s. Built in the 18th century, Seville’s tobacco factory was the largest industrial building in the world at that time and it remained a tobacco factory until the 1950s. However, what led to its preeminence in tobacco was a technique that is used to this day. The Spaniards were the first to manufacture cigars with a three-component model, using filler, binder and wrapper. This technique paved the way for the use of different types and grades of tobacco in each component. Since wrapper is the crowing achievement of every cigar, that which every prospective smoker sees and that guides their eventual purchase, the wrapper tobacco would eventually achieve preeminent importance relative to filler and binder.

In 1753, Swedish botanist Carolus Linneus identified the two varieties of tobacco used for smoking by the genus name Nicotiana, in honor of French Ambassador Jean Nicot de Villemain, who wrote prolifically about tobacco. These two smokeable species of tobacco were called: Nicotiana rustica and Nicotiana tabacum. Nicotiana tabacum  is predominantly used for making cigars. This variety is commonly referred to as Black Tobacco and you will rarely see premium hand made cigars made from anything other than black, air-cured tobaccos.

From the very beginning, tobacco farmers have experimented with growing Nicotiana tabacum in different soils, different regions and different countries. After many generations and through natural selection of the best plants for future breeding, these tobaccos became their own distinct varietals as they developed unique flavor characteristics and structure. These region- and country-specific varietals are called “criollos” or “native seed” tobaccos.

There are 5 principal black tobacco criollos or native seed tobaccos, but for the purpose of this article, the one I will talk about is the Habanesis variety. Habanesis was Cuba’s first standardized black tobacco seed varietal. This tobacco varietal was developed from the Nicotiana tabacum seeds that were originally brought from Mexico and planted in Cuba in 1534. These seeds were and are the basis for much of the world’s current premium cigar tobacco. The Habanesis variety was developed in 1907 in Cuba and was grown under shade for wrappers and in the sun for filler and binder. This tobacco gave rise to all current Cuban tobacco varietals, including Corojo.

From the Habanesis tobacco came Criollo, which was developed in 1941 as a hybrid of Habanesis. Criollo (“native”), as the name suggests, became the pure “Cuban Seed” stock from which all other Cuban-origin Black Tobaccos were derived. Criollo was originally grown for use as wrapper and filler, but would eventually be surpassed by Corojo as the wrapper of choice.

From the mid 1940s through 1997, Corojo was the wrapper of choice, both inside and outside of Cuba. After many generations of experimentation with planting, growing and making cigars from the Habanesis varietal, the Corojo was the equivalent of the killer app in technology. It had everything the researchers, agronomists and manufacturers wanted in a great wrapper tobacco. The leaf was thin, yet elastic, with a fine texture and best of all: the taste was exquisite.

Two things contributed to the demise of Corojo. One was its susceptibility to blue mold and other tobacco pests, which reduced its yield significantly. The Corojo plant, which was often small, was further decimated by plagues of blue mold and other tobacco pests. The resulting low yield created a situation where supply could not continue to meet demand. Corojo was eventually replaced by a variety of hybrid tobaccos that were significantly higher-yielding and disease-resistant.

The other historic event was the Cuban revolution and the nationalization of Cuban tobacco by the government. By the mid to late 1960s, many of the best tobacco growers left Cuba, taking their tobacco growing expertise with them. The embargo created shortages of wrapper tobacco in the United States and all U.S. companies were forced to look for alternatives to Cuban Corojo.

Eventually, tobacco growers began selective breeding to come up with hardier strains of the tobacco. Havana 2000 was an early hybrid of Corojo, which enjoyed only limited success. Criollo 98 showed much more promise. The seed was originally planted in Nicaragua, but quickly made its appearance across the border in Honduras. This hybrid was followed by Criollo 99 and then Corojo 99. Jose Pepin Garcia has used Corojo 99 in many of his blends. This is a beautiful and aromatic wrapper leaf with few of the limitations of the original Corojo.

Of course, many have tried to grow Corojo tobacco outside of Cuba, and with varying levels of success. The Eiroa family of Camacho cigars have grown Corojo in Honduras and others have grown it in the Dominican Republic and elsewhere, but it still proves to be a stubborn varietal and the yields are often very low. Most tobacco growers prefer to use hybrids of Corojo like Corojo 99 and others, which are more resistant to mold and pests and have a higher yield.